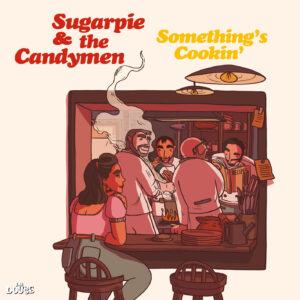 Sugarpie and the Candymen just came out with a new record! As the title suggests, something has been stewing, for quite a long time actually. We had to stop and restart the production quite a few times due to lockdowns, however we are really proud of  it!

It’s our first album of original material in five years and we all wrote songs for it. It was wuite therapeutic given the moment we were in. One of my songs, “Lo and Behold”, is the single for the album launch.

It’s also got a very different vibe than our last records: there’s a lot of blues and old-style soul, and it’s much more song-oriented, with less improvisation and shorter solos.

As usual, we need to thank a lot of people for it, but I mainly have to thank Lesley for her invaluable input with the lyrics! 🙂

I hope I made you curious about it, if so…